The Young Pianists Program has offered high-quality piano and theory instruction to students from Monroe County and South Central Indiana since 1986. We admit all students age five through high school who want to learn piano or improve their playing. While we prepare the most gifted and accomplished young pianists for future conservatory-level study, we also nurture the creative and instrumental abilities of many students who want to play just for the love of it.

Our devoted teachers instruct with enthusiasm and expertise, while striving to deepen the understanding and passion of each child for this marvelous musical art.  All our students gain in focus, self-confidence, discipline and poise in public, and retain a love of music for the rest of their lives. 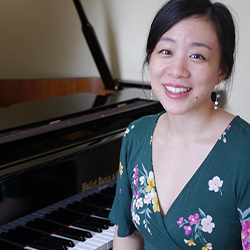 Elizabeth Yao is director of the Young Pianists Program and the Summer Piano Academy, as well as coordinator of the secondary piano program and instructor of pedagogy at the IU Jacobs School of Music. She received her Doctor of Music degree at Indiana University under the tutelage of André Watts. 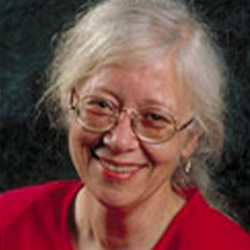 Dr. Karen Taylor is the Founder/Director emerita of the IU Young Pianists Program and the Summer Piano Academy. She has given recitals in the U.S. and Europe, and has presented 125+ master classes, lectures and workshops. Her teaching honors include an IMTA Teacher of the Year citation and numerous grants for study abroad. 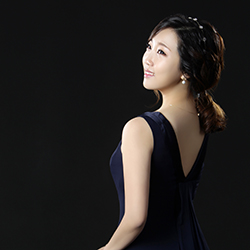 Hyeseon Jin was born and raised in Seoul, South Korea. She earned B.M degree at Seoul National University and M.M, P.D at Indiana University where she is currently pursuing D.M while serving as an Associate Instructor at IU, Secretary of MTNA Collegiate Chapter at IU, and Executive Assistant of Young Pianists Program at IU. 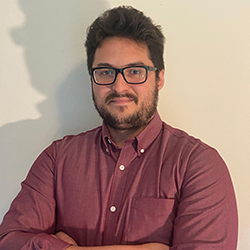 Mítia D’Acol is a third-year PhD student in Music Theory from Brazil. Mítia studied music education and musicology at the University of São Paulo before coming to IU, where he completed a MM in Music Theory in 2019. He has been teaching music theory and aural skills at IU for five years. 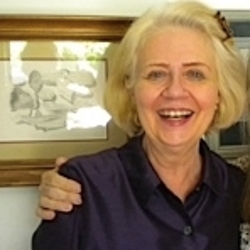 Marianne Ackerson, classical/jazz pianist, is a graduate of the Jacobs School of Music and the University for Music and Theatrical Arts in Vienna, Austria. She has taught piano in Vienna, the YPP, and in her private studio in Bloomington. She has played with distinction in classical and jazz venues throughout her professional life. 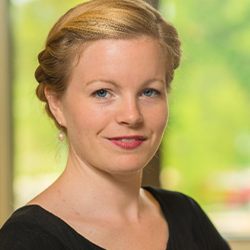 Cecilia Bass attended Vanderbilt University for her undergraduate studies and earned a Master of Music in Piano Performance degree from the Jacobs School of Music. She has enjoyed teaching for the Young Pianists Program since 2013 and currently works in the Jacobs Deans’ Office. 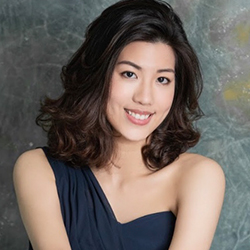 Rachel Chen was born in New York City and was educated in Washington D.C., Taipei, and Los Angeles. She is pursuing a D.M. at the Jacobs School of Music and serves as president of the Music Teachers National Association Collegiate Chapter at IU. She earned B.M and M.M. degrees at the University of Michigan–Ann Arbor. 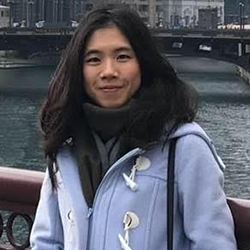 Pei-Tsun Chiang, Taiwanese, is currently pursuing a Performer Diploma under the instruction of André Watts. She holds a bachelor’s degree in piano performance from National Taiwan Normal University, and master’s degree from the Jacobs School of Music. 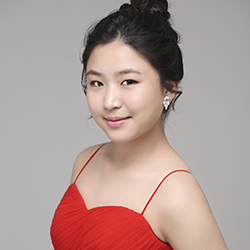 Woo Joo Choi, who is a Korean pianist, is now doing her Artist Diploma at the Jacobs School of Music, Indiana University. She has a lot of teaching experience with students of various ages ranging from age 4 to adult. Woo Joo is especially fond of children and has a bright and extroverted personality. 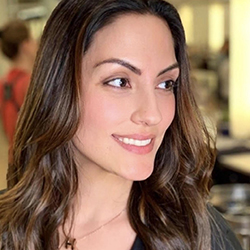 Karina Cohen earned a master’s degree from the University of Hartford and a Performance Diploma in Early Music from the Jacobs School of Music. Her training focuses on providing students with a solid musical foundation through a strong grounding in harmony, aural skills, style, and piano technique. 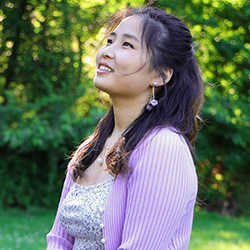 Trinity Fan is a B.M. student under Edward Auer and is currently Vice President of IU MTNA. She has taught students from ages 5-17 for over 5 years and she strives to develop her students into creative, independent thinkers, and accommodates her students to each of their individualistic needs in their lessons. 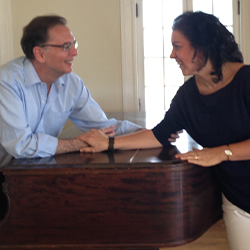 Fred Hammond (B.M., M.M., Juilliard) has been teaching for the Young Pianists Program for more than 20 years. In 1999, he and his wife, Marina Berretta Hammond, formed a piano duo, performing often in South America, Spain, and the U.S. They gave the South American premiere of Schnittke’s Concerto for Piano Four Hands with the acclaimed Simón Bolivar Orchestra.

Marina Berretta Hammond (M.M. Piano, Indiana University) has taught for Young Pianists for more than 20 years and has taught piano and chamber music at Rocky Ridge Music Center (Colorado) since 2004. With husband Fred Hammond, she has concertized in the U.S., Spain, and Latin America. Their CD of Latin American music for two pianos was produced by the IU Latin American Music Center. 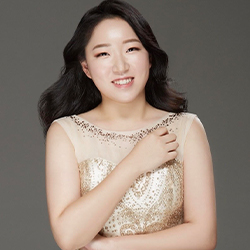 Daeun Han, a pianist from South Korea, is currently pursuing her Artist Diploma in Piano Performance at IU. She earned her B.M degree at Seoul National University and P.D and M.M at IU. She is a pianist of String Academy at IU and has been teaching students in the Dominican Republic in DTLL. 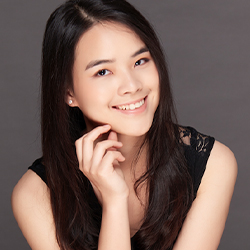 Jacqueline Hsiao, a native of Taiwan, earned her Bachelor of Music in piano performance from the Eastman School of Music, and a Master of Music from IU Bloomington. She places a strong emphasis on establishing healthy habits early on for a secure foundation in her students' long term musical development. 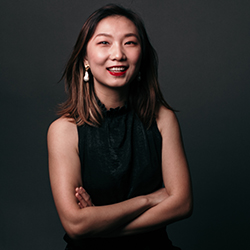 Valentina Qishan Huang is an active performer on and off-campus as a pianist and organist. Besides being an award-winning performer, she also enjoys teaching. She likes to witness how a student grows on this music journey. She wants to lift up her students’ interest in learning the piano through an encouraging and enjoyable teaching style. 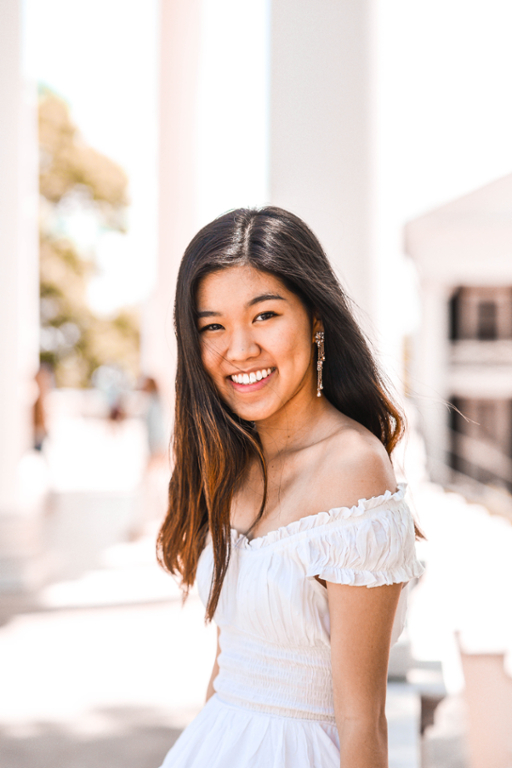 Joyce Lee holds a bachelor’s degree from the University of Virginia and is currently pursuing a MM from the IU Jacobs School of Music. She is passionate about accessibility in music education and community outreach through performance, and has enjoyed teaching in her hometown of Reston, Virginia since the age of 15.

Rong Sui started her professional piano study at the pre-college of Central Conservatory in China at age 10, and earned a BM from the University of Michigan in piano performance. As an active performer, collaborator and teacher, Rong holds a MM, and is currently pursuing a Performer Diploma in piano at the Jacobs School of Music. 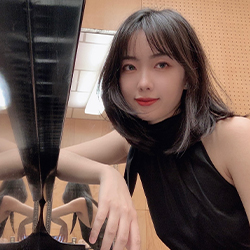 Rui Xi, born in China, is currently pursuing her Performer Diploma in Piano at Jacobs School of Music, in the studio of Gregory Sioles. After she received her bachelor’s degree from Xi’an conservatory of music, she came to U.S. to continue her master’s degree under the tutelage of Professor Edward Auer at IU and graduated in 2021 May. She has been teaching piano since she was in college. 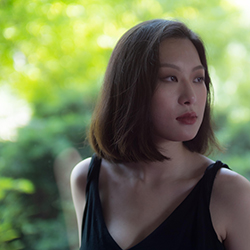 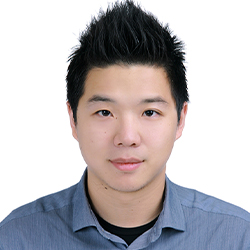 Chaojeng Yu is a doctoral student at the Jacobs School of Music, where he also earned a Master of Music in Piano Performance and a Performer’s Diploma. He is an associate instructor for piano as well as a member of the Young Pianists Program faculty. He earned his bachelor’s degree from National Taiwan Normal University.

If you have any questions about the program that are not answered on this page, please email Dr. Elizabeth Yao (elizyao@iu.edu).

Important Note: All private lesson times are by arrangement with the students’ private teacher.