The String Academy is open to students between the ages of 5 -18 who wish to study the violin, viola and cello through a curriculum that includes private and group lessons, theory and master classes, chamber music, and performance opportunities. Instruction is based upon the methods and philosophies of Mimi Zweig, Shinichi Suzuki, and Paul Rolland. Parents are an important part of the early years of study; they attend all lessons and support the daily practice.

The special training, experience and expertise of the outstanding faculty in the musical education of young people results in students playing with technical ease and musical sensitivity. String Academy students who have taken the path of becoming musicians are now performing and teaching throughout the world. All students attain skills of concentration, develop a sense of high self-esteem, and keep with them a joy and love for music that remains forever. 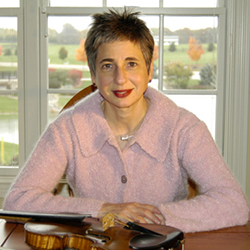 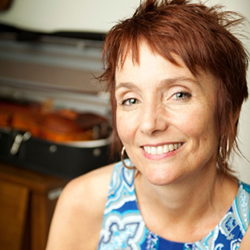 Brenda Brenner is Eugene O’Brien Bicentennial Executive Associate Dean (Interim) and associate professor of music in music education at the IU Jacobs School of Music. She recently completed her tenure as president of the American String Teachers Association.

Morganne Aaberg is pursuing a doctorate in music education at the IU Jacobs School of Music. She has served on the faculties of the Brooklyn Conservatory of Music, Diller-Quaile School of Music, Cuyahoga Community College Orchestra Program, and Cleveland Institute of Music Sato Center for Suzuki Studies.

Gwen Chan earned a Master of Music from the IU Jacobs School of Music, where she studied with Mimi Zweig, and a bachelor’s degree from the Eastman School of Music. She has extensive experience as a teacher at both the college and pre-college levels, and serves as violin and viola faculty at Anderson University.

Aleena Griffith was born in Auckland, New Zealand and has been playing violin and piano since she was three years old. She was homeschooled, growing up first in an Eco Village centered around sustainable living and then on a Macadamia Nut farm north of Auckland City. Both of her parents studied violin with Dr. Suzuki in Japan, and her father continues to teach using the Suzuki method. She participated in several youth orchestras in New Zealand and has subbed with the Carmel Symphony Orchestra while in the United States. In 2021-2022, she will be completing the final year of her undergraduate degree at IU under Mimi Zweig.

Zola (“Zoie”) Hightower is a graduate of the University of Michigan, where she studied with Danielle Belen (violin) and Caroline Coade (viola). Hightower was a member of the IU Violin Virtuosi for six years, studying with Mimi Zweig and Brenda Brenner, and has been a featured soloist and ensemble performer in America, Europe, Canada, and South America.

Michael Klinberg is pursuing a bachelor’s degree in music performance, studying violin with Mimi Zweig. An academy alumnus, he has been teaching students at the String Academy for three years, studying pedagogy under Mimi Zweig and Brenda Brenner.

Emily Nehus studied violin and music education at the IU Jacobs School of Music with Brenda Brenner, Mimi Zweig, and Ik-Hwan Bae, and baroque violin with Stanley Ritchie. In addition to 20 years of teaching for the String Academy, she created the Bloomington Project School’s grant-winning strings program, where she taught for seven years.

Esteban Hernández Parra is pursuing a doctorate in viola performance with a minor in music education at the IU Jacobs School of Music. He earned a Master of Music degree and a Performer Diploma in Solo Viola Performance at Jacobs, studying with Stephen Wyrczynski.

Helen Shively Ford was previously on the faculty of the MacPhail Center for Music in Minneapolis, where she also served as String Department chair and chamber music coordinator. She was a member of the Minneapolis-based Sartory String Quartet and performed with the Minnesota Opera Orchestra, Minnesota Contemporary Ensemble, and other regional ensembles.

Please contact Christina Hightower at crunnacl@iu.edu if you have questions.

All of our applications are completed online. There is no paper application available. Click the link below to go the registration website. Your email is your user name. Create a password and retain for future access to the account. You can complete the payment process with a credit card or check following the instructions on the application.

Learn more about the String Academy